I don’t “travel in the past” that often. I am way more interested in what the future might bring…

I am way more interested in what will be done, rather than what has been done. I’d rather spend time imagining what could happen tomorrow rather than spending time on writing my resume, let alone my biography. Yet, I enjoy reminiscing about a few events that come to mind when I think about what brought me to pursue a music career in New York City.

I was attending the Conservatory of Music of Geneva, in Switzerland. I was playing in bands. One of them performed in a Champagne bar outside the city. After a light strip tease, ladies would sit and chat with customers, as long as the customers treated the ladies to at least one glass of Champagne. The ladies were only allowed to drink Champagne. House rules. Their job was to get lots of glasses of Champagne ordered, if not consumed. Needless to say, the Champagne was on the expensive side. And not that good… I tasted it… once. 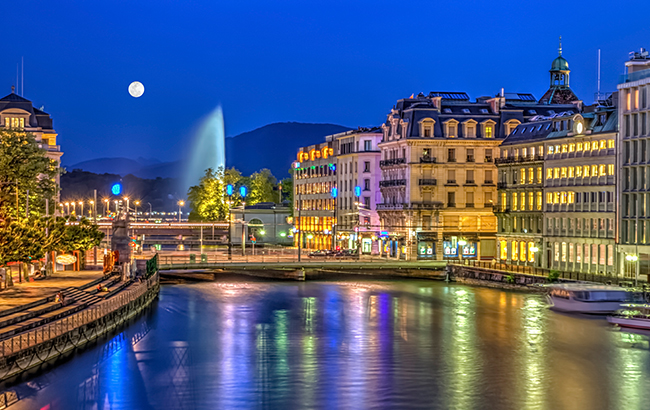 When in Geneva, I would hang out with classmates. One had lived in Rochester, NY, for a few years. He was in his early teens at the time. Another went to Los Angeles, CA, and studied at Berkley for a couple of semesters. I befriended a session guitar player, an English guy. He had made his way from London to Geneva, gigs to gigs, through France and Switzerland. From chatting with these fellows, it became pretty clear that Geneva had its limitations when it came to opportunities in the music business. Teaching was really the most likely career path, but it wasn’t as appealing to me as performing, writing, recording songs. Most conversations with my friends led me to conclude that I should consider visiting, if not, eventually, moving, to a much larger city: Paris, London, Los Angeles, Nashville, Chicago or New York City. Large cities with vibrant music scenes, record company offices, lots and lots of brilliant musicians, etc.

One night I went to see this band, Shakin Street in a club in Geneva. There weren’t that many people in the club. But, I clearly remember the half a dozen rowdy young punks there to support a local punk band that opened up for Shakin Street. After the punk band finished its set, these guys stayed in front of the stage, monopolizing the dance floor, thrashing around to the music the DJ was spinning while Shakin Street‘s crew readied the stage. I was nowhere near the melee. Just standing on the side. I process music slightly less physically… 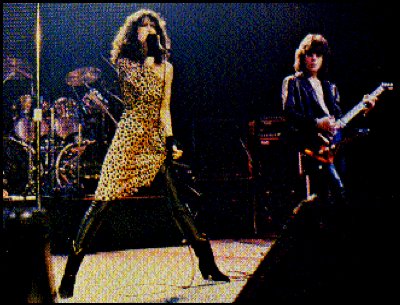 The DJ welcomed Shakin Street to the stage. The lead singer was a young woman. I don’t remember anything about the band except for what happened to her right after she came on stage. The minute she started singing, the rowdy punks rushed close to the stage and started spitting on her! Screaming their heads off. Was their animosity rooted in something she said in an interview about punk music? It might just have been a “punk” thing. In any case, the punks just wouldn’t let up. They were at it as if they were never going to run out of saliva…

Had the stage been slightly lower, the punks might have tried to get on it. It was a good five feet high. They were good “spitters”. The lead singer couldn’t take it. She stopped singing and walked out in the middle of the first song, returning backstage. A few seconds later, this stout roadie came out from behind the stage brandishing a microphone stand that he started waving at the posse of punks. He was serious… It wasn’t a warning. He was cursing at them. “I’m from the Bronx motherf…ers…, let’s do this!” He was taunting them to get closer. And when one of the punks did step closer, he would swing the stand even harder, aiming at clubbing the “spitter” on the head. Undeletable images in my head to this day. As far as I can remember, things settled down eventually. I don’t have any other memories from that evening.

Fast forward a few months. I decided then that it was time for me to visit one of these cities, homes of vibrant music scenes. Paris didn’t sound that vibrant for the kind of music I was into. For me, the latest and greatest always came from the United States or England. I didn’t have any connections in England. Chicago was an option because one of my father’s cousins had moved there, but she did not want to be responsible for me. I would be going out to clubs, etc. Not something she wanted to deal with. A high school friend was finishing his college degree at Wagner College on Staten Island, NY. I took him up on his offer to pay him a visit. Plus, I figured, if that “skull crushing” roadie was an example of the values held by New Yorkers, coming to the defense of a lady in distress, I was good with that. Let’s face it… I didn’t step up to defend Shakin Street‘s lead singer. Should I have been more courageous?

So, New York City was the place to visit first. It was late Spring. While enjoying hanging out in New York City and going to clubs, I decided to answer an ad in the Village Voice Newspaper. A CBS recording band, The Sorrows, was looking to replace one of their members with a new singer, guitar player. “What have I got to lose?” I thought.

The audition went well. It was fun. The drummer asked me where I was from. I told him I grew up outside of Geneva…

The drummer: “My brother was there a few months ago. He was the tour manager for Shakin Street.”

Me: “I saw that band in Geneva! These punks were spitting on the lead singer.”

The drummer: “Yes. My brother told me the story. He came out on stage and tried to whack these guys with a microphone stand.”

And there you have it. How many degrees of separation is that?

I was offered the gig. We recorded material for a new album. The band broke up eventually but the drummer, Jett Harris, and I worked together on four albums (Jett plays drums on most tracks of my album RISING TIDE and on all of the tracks on three other albums, ANOTHER DAY, HOW LONG WILL YOU WAIT, SHORT OF A HEARTACHE, and an EP, UN DERNIER MOT. Jett took some great pictures too. We used them for the covers of these albums and EP. One talented photographer for sure (Instagram: @jettt1209) and, of course, a brilliant drummer.

So, how many degrees of separation is that? Strange things happen… I never gave a chance to another city. New York and New Yorkers have lived up to the example set by Jett’s brother. By the way, Jett’s brother is doing well for himself having moved on to be the personal assistant to a famous singer and movie star. No doubt he is a hard worker and earned his position on merit. I hope his inspiring chivalrous stand has earned his karma a few points.

I have met so many incredibly nice and talented folks in New York City. I learned a lot from them. Including garnering a little bit more courage. We’re all waiting for the Covid-19 virus to let up one way or another and resume some healthy mingling. There are so many more people to meet and collaborate with, no doubt. Including, just as importantly, music listeners, people like YOU. Music lovers. I look forward to meeting you along my musical journey. Certainly, connect virtually until it is safer to do so in person. Until then, you can listen to the most recent milestone of that journey. Click here to listen to my most recent album: RIDE THE WAVE.

Thank you for being a listener. Time is precious and irreplaceable. It means the world to me when anyone spends a few minutes of their time listening to one of my songs.